Orchid Davis was born and raised on a small farm in Virginia located about halfway between the Atlantic Ocean and the Chesapeake Bay.

While this may not seem to have anything to do with my choice of art as a career or my abilities as an artist, everything that happened for the first twenty years of my life was leading to what I became at the advanced age of thirty-six — a bird carver!

Carving birds led to woodburning and to teaching bird carving which in turn led to the writing my first book “How to Woodburn Wildlife” (1999) and the second book in 2001 “Woodburning Western Life”.

Now that both books are out of print, it’s time to combine the best of both books with another ten years of experience and teaching to produce … (drum roll, please!) … “The ABCs of Woodburning.”

The ABCs of Woodburning will be an introduction to woodburning for both those who have never tried it and those who may have burned for a while and are wondering what comes next. 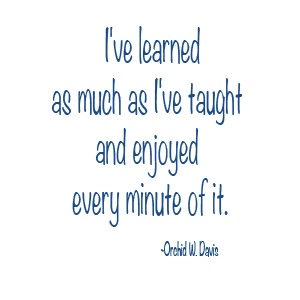 To retrace the path that brought me here, and give credit to some of those who guided me along the way, I’d have to go back quite a few years. I turned twenty-one attending the American Academy of Art in Chicago where I had the good fortune to have Mr. Iriving Shapiro as one of my instructors.  He set the foundation for the next sixteen years when I worked as a commercial artist.  His influence extended beyond that when I combined art with my love of nature to become a wildlife artist.

Ernie Muehlmatt, master birdcarver, who taught me “burning for color” became the second most influential teacher in my life.

Thought I’ve been privileged to enjoy classes with many fine instructors, Larry Barth, Pat Godin, and Greg Woodard stand out, but it was Ernie’s kind and gentle teaching style that gave me the self-confidence to begin teaching bird carving. 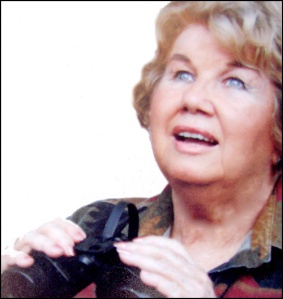 They say you never really learn something until you try to teach it to someone else.  Most of what I write in my books isn’t something I was taught.  It’s usually something I learned while trying to explain something I thought I already knew to a student.   This is why I credit my students with teaching me the most valuable lessons of all.

In the past few years, I’ve taught in 14 different states from Pennsylvania to Florida and as far west as California.  For the past 15 years I’ve taught at the John C. Campbell Folk School (see next class) on their rustic farm in North Carolina.  My teaching has taken me from college campuses, posh resorts, 4-H camps, state parks and religious retreats to basements and carports.   I’ve learned as much as I’ve taught and enjoyed every minute of it.